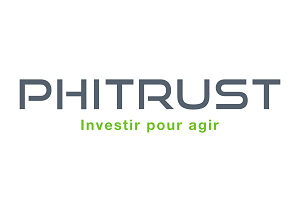 Following the Danone’s recent governance crisis, five corporate shareholders, Phitrust, Mirova, Ircantec, CAVP and OFI AM, together holding more than 0.7% of the capital, have obtained the inclusion of an item on the agenda of the General Meeting of April 29 – in accordance with the current legal provisions. The objective was to allow each director to express his or her strategic vision for the Group, in particular by developing his or her personal contribution on environmental issues and his or her approach to the organization of a balanced governance.

The response given during the AGM of April 29, 2021 was made in different ways:

1/Implicitly, both by the Chairman (Gilles Schnepp) and the Lead Independant Director (Jean-Michel Severino), who both referred to the Board’s commitment to pursue the implemented strategy – in particular the Local First plan and the status of a mission-driven company – ,the ongoing recruitment of the Chief Executive Officer, and a review of the composition of the Board of Directors with the central idea of not increasing the number of Board members (14).

The recent governance crisis at Danone has highlighted both formal dysfunctions and fundamental disagreements within the company’s Board of Directors.

2/Explicitly, at our request, by:

> Cécile Cabanis (Vice-Chairman of the Board) – whose mandate was only renewed at 82% – who resumed the central principles of a mission-driven company, in line with the company’s culture and “raison d’être”,

> Serpil Timuray on environmental issues and the reduction of carbon impact,

> Michel Landel, who addressed the governance issues mentioned above.

We regret that Franck Riboud, former CEO of the Group, did not speak. We also regret that we were unable to question Pascal Lamy, Chairman of the Mission Committee, even though he stated that he had obtained assurances from the new Chairman both on the principles of this “mission” and on the continuation of its implementation in the Group’s operations.

The vast majority of the resolutions (23 out of 28) were adopted with scores above 90%, which seems to show that shareholders support the entire project presented by the Board of Directors.

Nevertheless, social or societal issues were not mentioned as such, which shows the priority today for the group to rebalance its growth, to return to a higher level of profitability and to find ways to face its own environmental challenges (notably the treatment of waste and residues generated by its products).

It is clear that past issues of dissension, or even dysfunction (lack of confidentiality) within the Board – which have been in contradiction with the principle of collegiality, often repeated during this Assembly – have been totally missing from the presentations of successive speakers.

It will be interesting and necessary to keep an eye on the results of the organization of the new governance, whether through the choice of the future Chief Executive Officer or through the recomposition of the Board of Directors.

Since its creation in 2003, Phitrust has been investing in order to act with large listed companies so that they improve their E, S, and G practices (Phitrust Active Investors) – and with innovative social enterprises to give them the financial and human resources to change scale and deploy their impact (Phitrust Partenaires). Two activities, one mission: acting as a shareholder engaged for impact.

The decisions of large companies on the allocation of the wealth created and the use of capital in the economy have an impact well beyond their scope. They have become key players in finding solutions to social and environmental challenges. By mobilizing institutional investors, Phitrust fully exercises its role as a committed, constructive and demanding shareholder. With a single objective: to alert to the risks and to encourage them in changing their business models. With more than 15 years of experience and direct relations with the managers of large companies, Phitrust is the only independent management company to have filed more than 45 resolutions in AGMs.